Men’s Sheds (or Sheds) are similar to garden sheds. The difference is that garden sheds and their activities are often solitary in nature while Men’s Sheds are the opposite. They help reduce loneliness and isolation, but most importantly, they’re fun. They're community spaces for men to connect, converse and create. A place to pursue practical interests at leisure, to practice skills and enjoy making and mending, they’re about social connections and friendship building, sharing skills and knowledge, and of course a lot of laughter. The Hope Valley Mens Shed has been set up to pursue these aims and those of the Peak Park Conservation Centre in the Hope Valley . 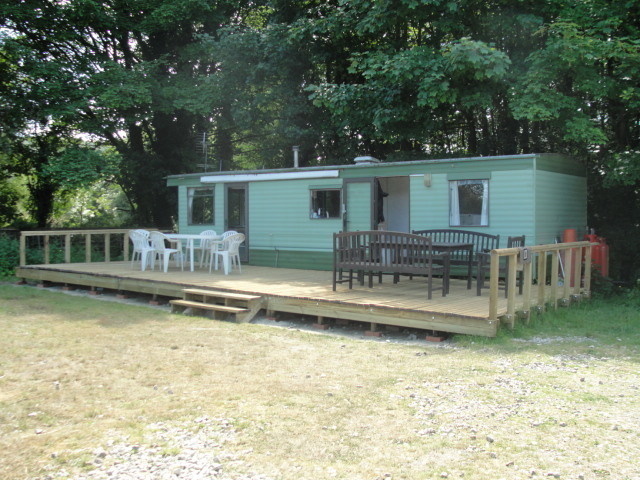 Photograph of the static caravan available as our HQ

Trustees and their purposes

The Hope Valley Mens Shed shall be managed by a committee of trustees who are appointed at the Annual General Meeting (AGM) of the charity.

In order to carry out the charitable purposes, the trustees have the power to:

The Hope Valley Mens Shed shall have a membership. People, who support the work of the HV Mens Shed and are aged 18 or over, can apply to the trustees to become a member, once accepted by the trustees, membership lasts for 3 years and may be renewed. The trustees will keep an up-to-date membership list.

The view from the decking and the outside facilities are better than the usual HQ and the place to relax and chat.

Small farming projects on our land with ponies, sheep and a small number of agricultural processes producing, food and other crops while protecting wildlife that are indigenous to the UK and more particularly their sustainability in the Peak District National Park for future generations. Currently we farm bees and the hedge rows to produce Honey, Jam, Chutney and Sloe Gin!

The Peak Park Conservation Centre offers a "Pit Stop" for people who arrive under their own power to pull in for rest, relaxation and loo break before moving on to explore more of the Peak District National Park. We have basic camping (cold water tap and portaloo). We currently only allow foot bashers and pedal pushers to camp as a base to do "Your Thing".

We want the young of all ages out of the classroom and into the countryside so they can touch, smell and feel the environment around them which is their heritage. The Peak Park Conservation Centre is available to all local schools and colleges with conservation projects to visit in small groups. We are also available to other groups like Caroline Court in Hope to visit.

Renew & recycle energy that comes from resources, which are naturally replenished, reusable, sustainable and readably available in the Peak Park, such as sunlight, wind, water, biomass and geothermal heat. We aim to implement small developments using our land and buildings to demonstrate how we as a community can harness these resources in an affordable way.